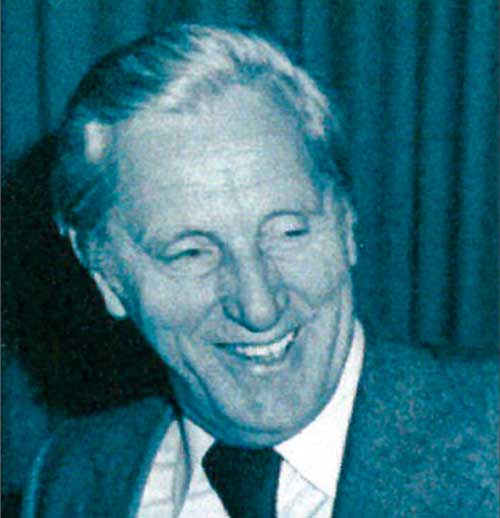 Mr Branko Voglar was appointed as the managing director. In his memoirs he wrote: »The company that was formed was a financially independed establishment, a typical budgetary foundation. They appointed me as the manager, and, now deceased, JožeKratochvil was the accountant. They gave us a room in the ground floor of the old Valvasor’s house, a couple of old desks, a few, more or less unstable chairs, an old closet, and some pencils and paper. We were told to start a business – of course in accordance with regulations and regulatory provisions – and to find our way through anyway we know. «

Services were developing according to the market needs, each at its own pace.  Plant dealing with metalworking and manufacture of various metal constructions was developing faster than the others. In the first few years, the plant outgrew the other services and represented more than 50 % of the company’s activities. The development of metal products industry was followed by investments in construction of new facilities and purchase of technological equipment.

In 1964, the first paint line for a tractor factory in Egypt was installed in cooperation with engineering bureau AVTOMACIJA from Ljubljana.

During this decade, the company changed its name twice. First into “Splošno obrtno podjetje Videm-Krško”(General Craft Company Videm-Krško), and, in 1968, into SOP KRŠKO, Specialised Company for Industrial Equipment. The reason for the company to be renamed the second time lies in fact that most of the customers came outside the Slovenian borders and could not understand the existing company name; moreover, the company was becoming more and more industrially-oriented.

Due to an increase in business operations and in number of employees, the company moved from the town centre to new industrial zone in Žadovinek, to larger premises with an area exceeding 5,200 m2. Department for design, production, and installation of technological equipment for surface protection recorded significant growth of turnover. The company started to develop subsidiary activities, which contributed to an overall image of the company’s reputation regarding knowledge and supply of equipment. During this period, Mr Vital Kovačič was appointed as the managing director.

In 1987, the engineering bureau in Ljubljana built a new hall. In the 30 years of existence, from a small craft company that it used to be, SOP KRŠKO developed into an important manufacturer of industrial equipment with more than 500 installed painting lines in Yugoslavia, as well as in foreign countries. The company gained reputation of qualitative manufacturer of most modern equipment in the concerned field.

In 1994, the company SOP - INTERNATIONAL, Specialised Company for Industrial Equipment, was established, which continued with the manufacture of the equipment for surface protection of metal, wood, and plastic products. The company’s managing director was Mr Pavel Bogovič, procurator Mr Anton Jenžur, and financial director Mrs Breda Mavsar.

In 2004, in the light of continuous growth and proper organisation, we implemented quality management standard and were awarded with certificate ISO 9001:2000.

In 2008, we moved to new premises in the industrial zone Vrbina in Krško. Production facilities in our new building serve especially for our own pre-assembly and technological equipment testing needs.

After the retirement of Mr Pavel Bogovič in 2010, Mr Jernej Zorko was appointed as the new managing director.